Many of the major churches in Quebec are known for their unrivalled acoustics, impressive organs or talented choirs. These sites transform into the perfect venues for listening to Gregorian chants, a gospel show or a concert of classical sacred music. For an extraordinary musical experience, have a look at these suggestions from the Quebec Religious and Spiritual Tourism Association.

Before visiting a site mentioned in this article, be sure to call or check the website to know which activities are available.

Montreal, the city of a hundred bell towers

Religious heritage is one of the key features highlighted by Tourisme Montréal. The city’s most beautiful places of worship or all faiths can be found in just a few clicks. When planning a trip, it’s easy to include a concert of sacred music to your itinerary, no matter which part of Montreal you find yourself in.

Three musical expressions under one roof

Standing on Mount Royal, Saint-Joseph’s Oratory offers three options for music lovers. First of all, there’s the great Beckerath organ in the basilica, the focal point of concerts presented by the titular organist, Vincent Boucher, along with special guests. The Oratory is also home to the Petits chanteurs du Mont-Royal, a choir of 210 young boys. The choir’s repertoire extends from Gregorian chants to contemporary vocal pieces. Finally there are carillon recitals, scheduled to resume starting in summer 2021. These daily performances are given by titular carillonist Andrée-Anne Doane. 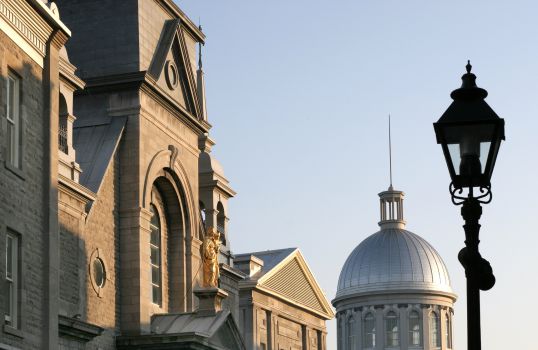 A visit to Old Montreal wouldn’t be complete without a stop at the Chapel of Notre-Dame-de- Bon-Secours. Not only is it a site steeped in history, but this chapel also has a characteristic vault that produces exceptional sound quality.

The beautiful music heard in the chapel is only enhanced by the rich frescoes that adorn the vault. This chapel, Montreal’s oldest, hosts several musical productions, including the famous Choralies held in December, as well as organ concerts of rich sounds and textures.

Built in 1865, the Église du Gesù is known for its Casavant/Guilbault-Thérien organ, which dominates the rood beam. It is used to play baroque, romantic and modern styles of music. The exceptional acoustics at the Gesù support the organ’s vibrant, full, majestic sound. The calendar of events reflects the diversity of styles showcased through the concerts there. Presently, a number of shows are accessible online.

The neo-Gothic Christ Church Cathedral is located in Montreal’s Phillips Square. It is home to one of the Montreal’s and Canada’s leading liturgical choirs, whose repertoire consists of some 500 pieces of Christian music. Outside of the church, the choir can be heard every Sunday at 4 p.m. on Radio Ville Marie.

Two organs under one roof in Old Québec City

The music program at Holy Trinity Cathedral consists of classical concerts as well as organ and choir music. Titular organist Benjamin Waterhouse knows how to extract the most beautiful sounds from the 1790 chamber organ and the 1885 gallery organ. The cathedral also has a choir that accompanies Sunday worship and on many special days.