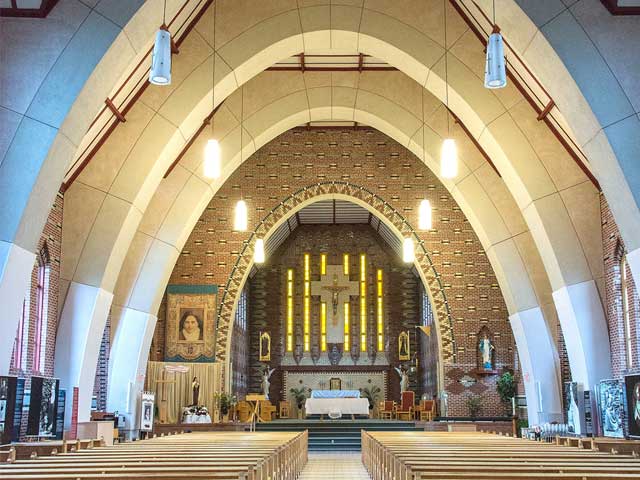 On the very day of the canonization of St. Thérèse in Rome – May 17, 1925 – in the presence of more than 500,000 pilgrims, the archbishopric of Québec City was putting in place a road north of Beauport for the construction of the chapel of the mission of St. Thérèse. The parish was founded in 1935 and the church opened in 1937. It was the first one under the patronage of Saint Thérèse of the Child Jesus in Canada. An exceptional example of the Dom Bellot style of architecture in Quebec, the shrine was home to the reliquary of Saint Thérèse in 2001 and 2008. The sanctuary is the only one in the country with a permanent reliquary containing a knee bone fragment of Saint Thérèse certified by the Vatican. Don’t miss the novena from September 22 to 30, followed by the patron saint festival on October 1. See the interior arches, the arrangement of patterns and bricks, the chapel, the "Thérèse de Lisieux or Burning with Love" international exhibit and the religious objects shop.